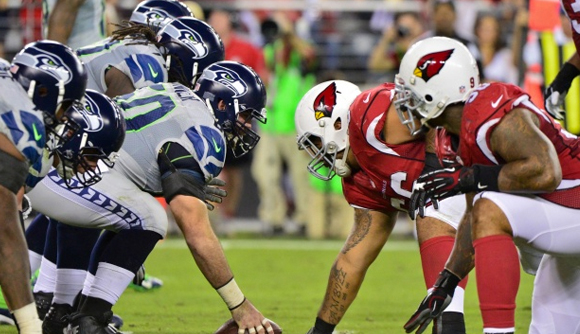 The regular season will end with great emotions, as some division titles or wildcard tickets could be defined in the last week of action.

The team led by Pete Carroll will try to win his fourth straight title in the NFC West and might need a victory in the desert to get it. Seattle has won his last two visits to the University of Phoenix Stadium, and last year only allowed six points of the Cardinals. The NFC champions are with 4-1 SU and 4-1 ATS in the last five games against Arizona. Quarterback Carson Palmer could not be in any of the two matches last year by a knee injury. In 2013, he was intercepted six times by The Legion of Boom.

Player to watch: Russell Wilson will try to continue with his good performances against the Red Birds since in the last four he has thrown seven touchdowns and only one interception.

If the Ravens want to regain the first place in the AFC North they will probably need to win this game in the Jungle. The bad news for Baltimore is that they have lost on their last three visits to Paul Brown Stadium. Cincinnati is 4-1 SU and 4-1 ATS in the last five games of the series. Last year, the Bengals took the victory at home thanks to a good performance from their defense as they intercepted Joe Flacco twice and sacked him once.

Player to watch: Although they have won at home, quarterback Andy Dalton will have to be more careful with the ball because in the last two meetings has been intercepted five times.

Last year, Atlanta swept the series for the first time since 2005 season. However, they were not able to win the NFC South title. Close the season with a win against the Saints could help them to conquer for the third time in the last five years. The Falcons are 3-2 SU and 4-1 ATS in their last five games against the team from the City of Jazz. Atlanta’s offense scored more than 30 points in the two regular-season games of the series for the first time in 10 years. Matt Ryan had four touchdowns and no interceptions in those matches.

Player to watch: If the Saints do not advance to the playoffs for the second straight years, this could be the last game of quarterback Drew Brees with the team. The former Purdue player helped them win their only Super Bowl (XLIV) and three times exceeded 5,000 yards.

The Jets will make every effort to prevent the Bills and their former coach Rex Ryan to make the playoffs, so they will try to close the regular season with a victory on their field. New York has lost the last three of the series and the defeat at home from last year ended a run of four straight victories in the Big Apple. The Jets are 4-1 SU and 3-2 ATS in their last five games at home against Buffalo.

Player to watch: Quarterback Geno Smith has not been the answer to their problems in the quarterback position; in 29 games in the league he has thrown 34 interceptions. New York’s defense also has to improve, as last year they allowed 81 points in two matches against the Bills.

At NflScheduleWeek17.com is your source for NFL week 17 game previews, and recaps with all the best of the 2015 NFL season.