The final week of the 2017 regular season leaves us with nothing but Sunday games. Aside from the fact that only one day of football this week is disappointing, it also makes it tough to watch all the best games. This week, you’re going to have to go split screen or set up another television so you can catch the two best games at each time slot. It won’t be easy, but I know you can get it done. By Week 17, you’ve become a pro.

Game 2 in the 4 o’clock window is a defensive struggle between the other two AFC West teams. Yes, it’s an all-AFC West affair to close out the regular season. If you don’t like it, write to your local NFL schedule creator. The good news is that both of these teams will likely be fighting for the division title and playoff positioning. That always makes for a good game.

Just like the last time they played, getting an early lead and forcing Denver to throw will swing this game in KC’s favor. The Broncos’ passing game just doesn’t match up very well with the Chiefs’ secondary. Marcus Peters will give Denver fits. Offensively, KC just needs to work the ball to Spencer Ware and Tyreek Hill in order to move the ball down the field. The Broncos’ defense won’t give up too many points, but they’ll yield enough for Kansas City to get a win.

Denver is going to have to rely on their defense to steal the show. The offense leaves a lot to be desired, especially against a tough defense like Kansas City’s. A pick six from Chris Harris Jr. or Aqib Talib would really get things moving in Denver’s direction. Without that, we’re looking at a 10-6 type of game where the Denver defense does the heavy lifting and the offense is able to make a big play or two to steal a win.

This might not sound like the most exciting game to watch on the final Sunday of regular season football, but to be honest, we don’t have much to choose from. Despite the Chargers penchant for letting games and seasons slip away from them, they almost always put up a good fight for 3 quarters. Besides, who else hates the Raiders more than the Chargers? No one. A little hate-fueled battle on Sunday afternoon will be fun to watch.

The Raiders will walk their way to victory if they can get pressure on Philip Rivers. LA has had a very difficult time protecting Rivers in the past and with a weapon like Khalil Mack at their disposal, the Raiders can really wreak some havoc on that Chargers offense. If Rivers isn’t able to be effective, the Chargers offense will collapse and the game will be over. It’s that simple for Oakland in this one.

This game could go either way for LA. To get a win, they’re going to need Joey Bosa to disrupt the passing game behind the line and for the secondary to lock down Cooper and Crabtree on the outside. That will keep things manageable for a Chargers offense that has struggled at times. However, if they’re firing on all cylinders with both the passing game and the running game, they could very well run away with this one. Melvin Gordon has matured as a runner and is a dangerous weapon that takes the heat off of Rivers in the backfield. It will also open up passing lanes for Keenan Allen and Mike Williams down the field. It won’t be easy, but it can be done.

The other early game to keep your eye on is the matchup between Washington and New York. They’re going to be fighting for playoff rights and you know it’s going to get nasty between OBJ and Josh Norman. That intensity should spread to the rest of the game with everything coming down to the wire on the final Sunday of the regular season. It’s do or die time in the NFC East.

It’s hard to expect the Redskins’ defense to pitch a shutout against a team as talented as the GIants, so Kirk Cousins is going to need to come ready to play. The running game won’t scare anyone, so Cousins is going to need to get the ball into the hands of his playmakers on the outside, Jamison Crowder, Terrelle Pryor, Josh Doctson and Brian Quick. There are no superstars there, but that’s a quartet of dangerous receivers who can go up and get the ball and make things happen after the catch. If Cousins to get the ball to them regularly, the Giants will have trouble keeping Washington out of the endzone.

New York needs OBJ to keep his cool and for the rest of the receivers to bring their A-game. Josh Norman will likely have Beckham on lockdown and with a weak running game, the Giants will need to rely on their other receivers to make plays. This is where they might really find themselves missing Victor Cruz. Brandon Marshall is going to have to live up to the reputation he’s created (something he couldn’t do for the Jets last year). If he can be a reliable weapon for Eli, New York won’t have much trouble putting points on the board and putting Washington in a tough spot.

Tired of hearing about the Falcons yet? So is Carolina. The Panthers used to be the kings of the NFC and the NFC South and now they’ve got to watch Atlanta get all the love and attention. You know that doesn’t sit well with Cam Newton, who revels in the spotlight. Even if Carolina has been eliminated by the final week of the season, they’d love nothing more than to spoil this Sunday for the Falcons.

Carolina needs to go right after Atlanta in this one and punch them in the mouth. Newton needs to step up and take over this game through the air and on the ground in the process of willing the Panthers to victory. They’re going to have to put some points on the board if they want to beat Atlanta. Defensively, it will take some pressure from the D-line to get under Matty “Ice” Ryan’s skin and force a few bad passes. If they give him time to throw, he’ll pick apart their pathetic pass defense.

Atlanta finds themselves in great position to win this final game with a matchup against one of the NFL’s worst secondaries. They’ll just need to focus on keeping Ryan upright while he dissects Carolina’s defense. If they can do that, they’ll be able to put up enough points that they won’t even have to worry about what Cam is doing on the other sideline. He won’t be able to keep up with Atlanta’s firepower. 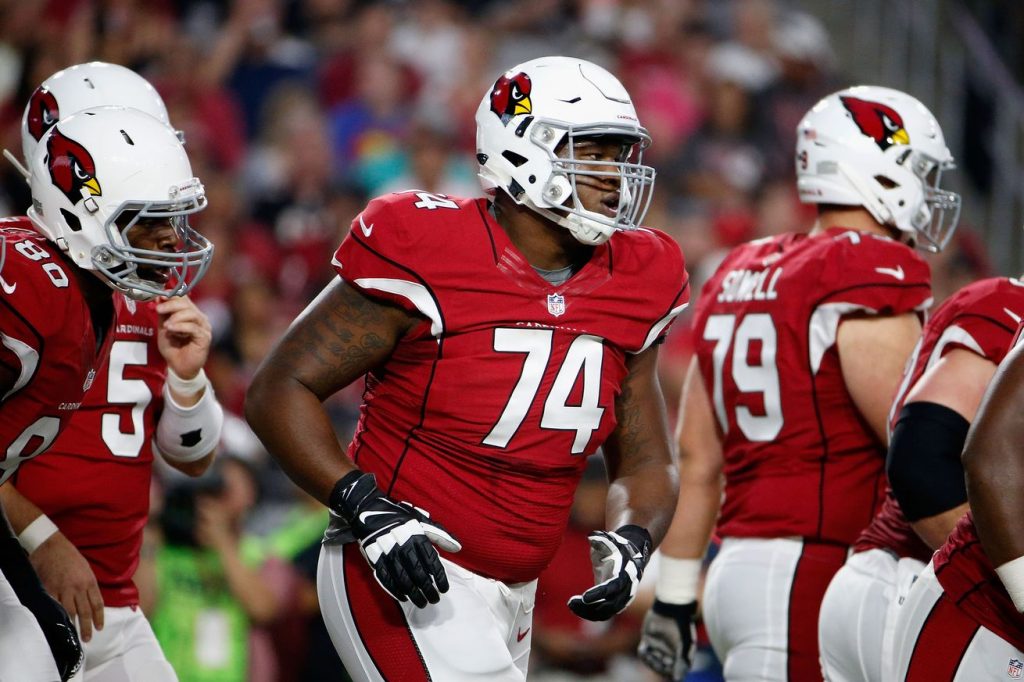 I’m not going to sit here and tell you this one of the best matchups of the day, but sometimes you just have to make the best of what you’ve got. This is one of those times. Let’s focus on the positive though. There’s a good chance we see Jared Goff get some experience against one of the NFL’s most exciting defenses and the budding rivalry between him and defensive tackle Robert Nkemdiche — as long as he can keep himself on the field.

The Cardinals will be heavy favorites in this game and will just need to be themselves in order to finish the regular season on a high note. They’ll be focused on Todd Gurley, here, letting the Rams throw the ball all they please (they don’t have much talent to throw to). This will be a tuneup game for Arizona to prep themselves and work out any kinks for the postseason.

The Rams will try to play the role of spoiler today. It’s not likely, but with Todd Gurley in your backfield, anything is possible. What they’ll be building towards is a backfield that can dominate the NFC West in the years to come: Todd Gurley and Jared Goff. Getting these guys reps together against stiff competition will go a long way in getting them ready to compete in 2017. 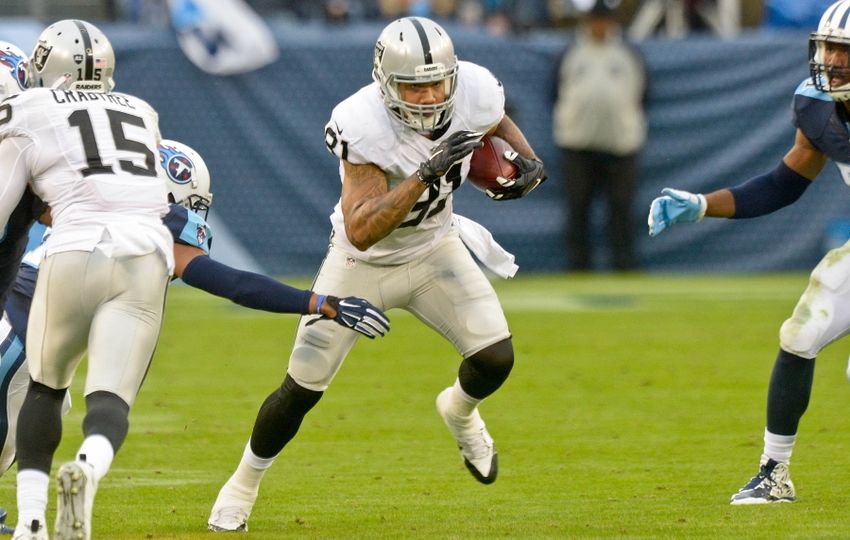 Round two of Broncos/Raiders falls in Denver. Mile High Stadium in January means cold air and a high probability of snow. Not quite as warm as Oakland, CA…. Advantage, Denver. The game will come down to more than just weather, but it’s going to have a significant impact on the way this game is played.

The Raiders will be hoping for clear skies and no wind. Why? They’re going to need to pass in order to leave Denver with a victory — and that’s going to be difficult enough with Denver’s shutdown corners. Oakland is going to have to get creative in order to get Amari Cooper open and in space. If they can get some sort of running game going, it will help them immensely, but that’s just not one of their strong suits. If they can get out to an early lead, it will likely give Kahlil Mack more opportunity to come off the edge as a pass rusher, which is always a good thing for them.

If the weather in this game turns bad, Denver won’t be too upset. They have a stable of capable backs that can tote the ball and move the chains. It would also help to take Khalil Mack out of the game plan — though he is still effective against the run, so don’t count him out. If the Broncos do need to pass, they’ll benefit from avoiding whoever Sean Smith is matched up on and taking what they can get. The pass will be used to keep Oakland off balance, but not too much more. 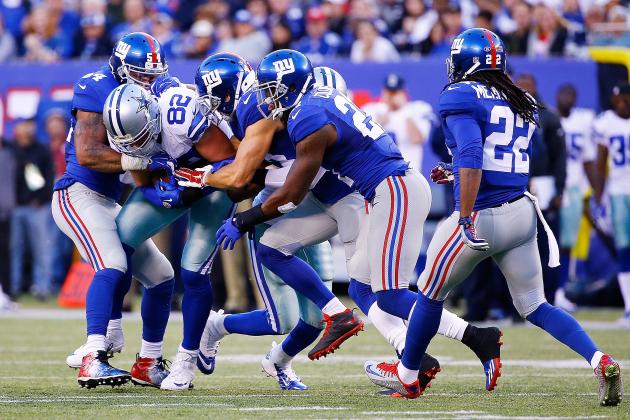